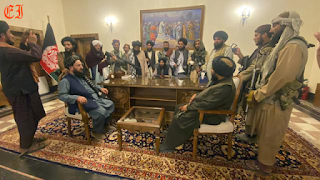 edisiindonesia.com -  The Taliban as the de facto authority in Afghanistan called on the United States to reconsider plans to transfer billions of Afghan financial assets to Swiss banks and disburse them outside afghanistan's central bank.

The funds will be used to restore Afghanistan's faltering economy and mitigate the country's ongoing humanitarian crisis, but the Taliban will have no role in the disbursement process.

"The Afghan fund will protect, preserve, and disburse the $3.5 billion fund targeted to stabilize the country's economic condition, as quoted from the VOA Indonesia website, Friday (16/9/2022).

The Taliban is not part of the Afghan Fund, and strong safeguards are in place to prevent the funds from being used for illicit activities,'' the US Treasury and Foreign Affairs Department said in a joint statement on Tuesday (13/9).

The US froze us$7 billion of danan which is Afghanistan's financial reserves in New York, soon after the Taliban seized power last year.

About US$ 2 billion of Afghanistan's additional funds are stored in several other countries.

In February, President Joe Biden allowed the money to be released half of the frozen reserves and the rest was given to victims of the events of Sept. 11 for processing through an ongoing court.

The Taliban have long demanded the U.S. release the funds, arguing the money belongs to Afghanistan.