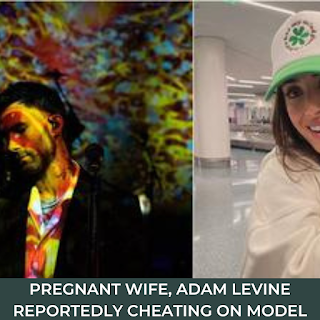 edisiindonesia.com- The bad news came from the overseas entertainment circle. The vocalist who is also the frontman of the band Maroon 5, Adam Levine is alleged to have cheated on his wife Behati Prinsloo who is now pregnant with their 3rd child.
The issue of the news arose because of the statement of a model named Sumner Stroh. The model made a video statement on social media TikTok that she has been cheating on Adam Levine who is also the husband of one of the Victoria's Secret supermodels.
"I had an affair with a man who was married to a Victoria's Secret supermodel," Sumner Stroh said.
The man Sumner was referring to was the singer of the famous band Adam Levine. Sumner also revealed that at the time, he was young and naïve, where he found it easier to manipulate.
"At that time, I was young and naïve, and I mean to be honest that I felt exploited. I still haven't become who I am now, so I'm very easy to manipulate," Sumner said.
Check other News and Articles on Google News