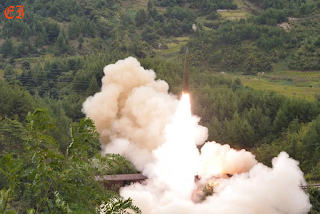 Edisiindonesia.com North Korean leader Kim Jong Un has vowed he will never abandon nuclear weapons that he says his country needs to fight hostilities from the US.

Kim's government has now passed a law enshrining the right to use nuclear strikes to protect his country.

It comes as the leader accuses America of pushing an agenda aimed at weakening North Korea's defenses and eventually "tearing down" his administration.

Observers say North Korea appears to be preparing to resume nuclear tests for the first time since 2017, after a historic summit with then-US President Donald Trump and other world leaders in 2018 failed to persuade Kim to abandon his weapons development.